In Memory of Vern

Vern passed away suddenly on April 4, 2009, just 3 days after his 77th birthday. The obituary was published in the San Jose Mercury News April 17, 18, & 19. A Celebration of Life service was held on Saturday, April 25 followed by a continuation of the Celebration at Mariani's Inn and Restaurant for a few hours of food and (Vern's) wine. Thank you to each and every one who atttended

Some IBM tributes to Vern:

Vern worked at ScaleDB for the last few years. Read their tribute to Vern.

A Tale of Vern Watts

See a YouTube video published Sept. 2008 about Vern's IBM career. There are a few minor factual updates since the storyline was written in 2002:

What a great job Chris Luongo did in honoring Vern's life's work.

To return here from a Picasa album photo, click on "Thumbnails", then on "Return to Home". 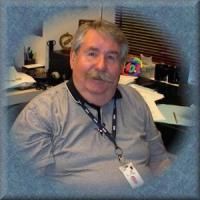 You can email Carol at carol@vcwatts.org.